Our goal as Outdoorsmen For Christ is to reach and influence individuals, changing mindsets and empowering people to turn to Christ, therefore enabling them to impact their life in every way.

Just As I Am Cowboy Church Rednecks Fish The Missouri River…

October Fishing On The Missouri River

It’s early October, the temperature is a comfortable 59 degrees, the fall leaves display their beautiful reds, yellows and orange, the fog is starting to lift from the horizon opening the stage for another beautiful day on the Missouri River. We climb in the truck and with boat in tow we nose our mechanical helper easterly toward Dalton Missouri. We laugh and joke with each other, all the while our minds are focused on the 25 hooks in the Missouri River and the surprises they may hold. The sun is peaking over the trees as we enter Keytesville Missouri, illuminating a vast stage of God’s handy work. We pull into our favorite restaurant for a hot cup of coffee, biscuits and gravy, a few laughs and then on our way to our final destination. Another 20 minutes slips into the past and there it is, the Missouri River ambling along its winding path beckoning to our curious minds as to what lays in store for us. We launch our seaworthy water craft, park the truck, run down the boat ramp and climb aboard, ready to tackle the task lying in wait for us. The sun is blocked by some lingering clouds and a light sprinkle is now falling, but nothing will detour us from the task ahead. The engine fires up, the captain points our craft down river to the first line awaiting our inspection. Nothing is taken so we move to the next one and still nothing. The third one, however, is a different story. As Carl eases the line along the edge of the boat he can fill something tugging on the other end. Finally, we reach the hook where the tug was coming from and there it is, a beautiful 15 lb. bluecat. We bait the line and move to the next one just around the corner. Carl gently eases the line through his capable hands waiting for the slightest tug from the other end. The water churns, and Carl’s eyes become larger than normal, as his lips utter those words we had been waiting to hear; “we got one and he’s a good one”. We scramble to grab the net as Carl eases our captured prey to the surface. Carl guides the bluecat like a professional cowboy guides his trusty pony. Pastor Steve nets a 25 lb. bluecat and gently slides it into the live well for our journey home. As we move to the last line we can see that it’s looks to be tangled in some under water brush. Carl grabs the line and hoping to pull it free gives it tug, but wait something is pulling back. It’s another fish, but how are we going to get it out of the brush. We can’t see to unwrap it because it’s too deep. The brush is too heavy to pull it to the surface, what are we going to do? Then a ray of hope, there was another beautiful bluecat looking right at Carl. We grab the net and Carl’s guiding abilities head a 15 lb. bluecat into the net. The rain has stopped, the sun is peaking through the clouds as we load our craft on the trailer and head home. As we head for our favorite restaurant for some pie and coffee, I look out the back window. As the Missouri River fades into background I can’t help but think how sad it is to leave but my heart is filled with joy for the bounty we received from God’s Missouri River. 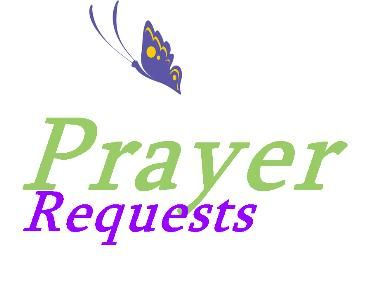 If you have prayer request, please let Pastor Steve know.

Bible verse of the day

Labour not to be rich: cease from thine own wisdom.
Proverbs 23:4
DailyVerses.net